Learco Guerra did not become a serious professional racing cyclist until he was 26 years old. With a not especially remarkable footballing career coming to an end,  he turned to the bicycle. He would become the dominant Italian rider in the following years. From 1930 to 1934 he won every single Italian National Road Race Championship. Among all his other triumphs are a second place in the Tour de France, and his overall Giro d’Italia victory. In 1934 he won the Maglia Rosa by smashing his competition. He was the first to cross the line in no fewer than ten stages. His ability to win long stages by maintaining a continuous high power output earned him the nickname the ‘human locomotive’.

On concluding his illustrious sporting career he went on to become a respected bicycle manufacturer, was technical commissioner for the Italian national team before going on to become one of the best sporting directors for professional teams. Guerra, together with Hugo Koblet, managed the first Giro d’Italia win by a foreign rider. It was Guerra who discovered the great Charly Gaul, who would become known as “the Angel of the mountains”. His last discovery was Gianni Motta, and there too, his instincts did not fail him.

Some of the most legendary champions cycled to victory on bikes that bore his name. Hugo Koblet, Charly Gaul, Rik Van Loy, Federico Bahamontes and Aldo Moser to name a few. After Learco Guerra passed in 1963, the famous brand ceased to exist.

The inception of the ‘Cambio a Bacchetta’ – Italian for rod-operated gearing – dates back to 1930, when Campagnolo patented the quick release for the rear wheel,  the so-called “Galletto Automatico” in Italian. Mr Campagnolo came up with this idea in 1927 after the mountain stage of Croce d’Aune Pass at the “Grand Premio della Vittoria”, having had difficulties with the “Giro Ruota” of the time, a rear hub with free wheel and single cog to be switched manually by the rider.

In 1934, the Cambio a Bacchetta was born as an extension of the quick release concept, a dual seat stay rod-operated rear derailleur. It allowed shifting whilst riding, though the operation was not particularly easy. The rider had to open the quick release with the longest lever, whilst pedalling normally. The shortest lever moved the chain to the smaller or bigger cog, but only whilst pedalling backwards. Having chosen the gear, the rider had to pedal forward to tighten the chain, and then close the quick release with the long lever. In order to allow the hub to move forward and backward, Tullio Campagnolo also patented specific dropouts, with a toothed section which prevented the hub sliding out.

The first ‘Cambio Corsa’ was launched in 1946, and was also available with longer levers as the ‘Sport’ version. This gearing system was able to shift a 4 speed freewheel, with up to a 6 tooth difference – the most common ratio having been 15-21. Although using the Cambio Corsa was far from easy for most riders, Gino Bartali proved his true mastery by winning both the Giro d’Italia and the Tour de France riding bicycles thus equipped. 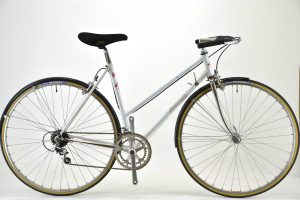 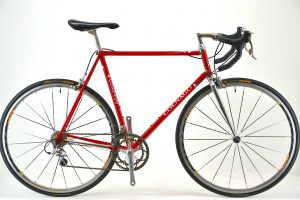 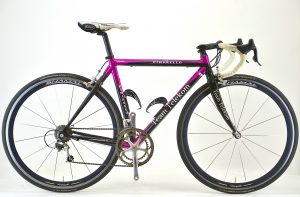 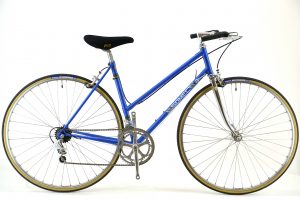 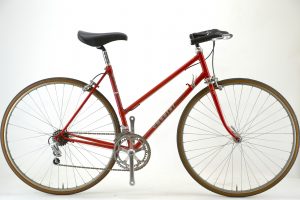 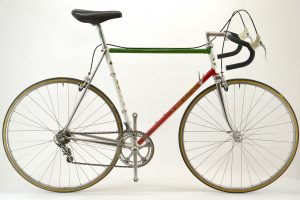 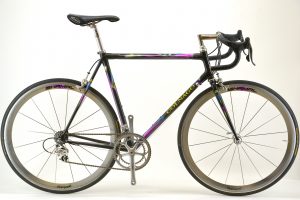 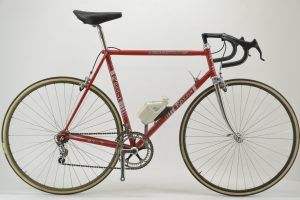 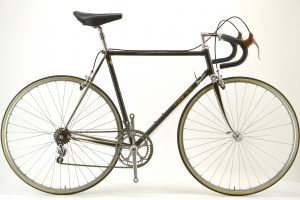 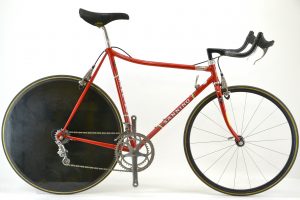