The Ambrosio name was trademarked in 1923 by the eponymous brothers Giovanni and Giuseppe. They had begun just a few years before by producing steel handlebars, stems and wheel rims from their premises in Turin. As early as the 1930s the Ambrosio brothers were enthusiastic early adopters of the use of aluminium in order to reduce bicycle weight. In 1935 they even offered an all alloy bicycle. Despite its having had an unfortunate tendency to break, this novel machine did much to draw attention to the advantageous weight savings that aluminium offered the bicycle constructor.

Ambrosio claim to be the first Italian cycle component manufacturer to offer aluminium handlebars and stems. At first appreciated by touring cyclists, eventually the racing crowd too were won over, and the steel bar and stem had for the most part been consigned to the history books by the 1960s. They also produced brake levers, cranksets, handlebar tape and leather to straps.

The other major innovation in the use of aluminium pioneered by Ambrosio in 1934 was the first ever aluminium bicycle rim. Weight saved on rolling parts translates to even greater improvements in rider efficiency than weight shaved from static components, so the wheel rim was an obvious candidate. Ambrosia alloy rims would be ridden to career defining wins by Fausto Coppi, before their general adoption in favour of the wooden rims which had previously been the favourite of the peloton.

In the 1950s Ambrosio boasted a workforce of over a hundred employees, but after the passing of founder Giuseppe and the subsequent inheritance of the company by son Gilberto their star was alas no longer in the ascendant. Gilberto sold the company name to Piero Marsorati, and the Ambrosio name exists to the present, offering aluminium and carbon fibre rims and wheel sets for all cycling disciplines.

The notoriously heavyweight front disc used by Moser during the hour record attempt. Allegedly
designed to act as a flywheel, retaining momentum once the rider had gotten up to speed.

This particular disc is NOS, never ridden. There have been no tyres glued. Hub bearings are very smooth.
There are no cracks in the disc, just some minor marks around the centre. Flat black paint on the fibreglass
in good condition.

Keep in mind that almost all of the other examples offered for sale are defective in some way, or at least very
heavily used – this is the real deal!

Currently set up with a road axle for use with a quick release, but we can install a solid track axle if you prefer.

Hub: I believe it’s a quality front hub from Gipiemme. In great condition.

Front wheel for road or track use 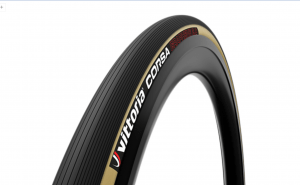 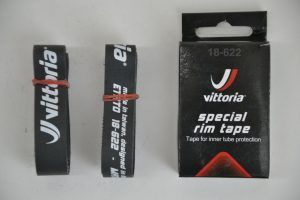 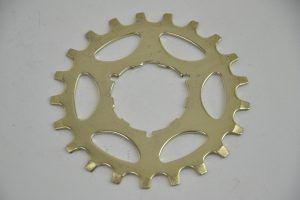 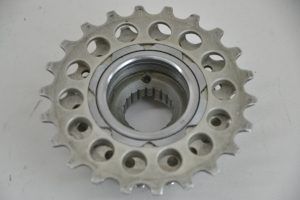 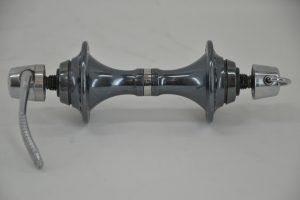 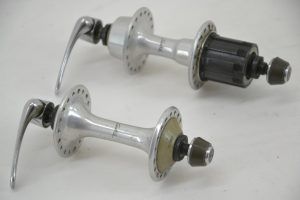 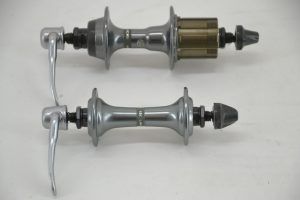 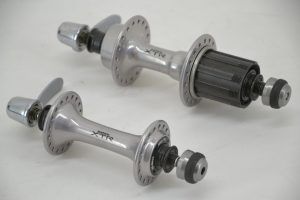 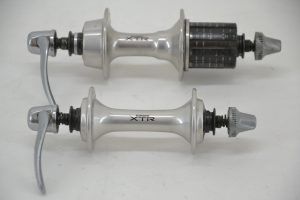 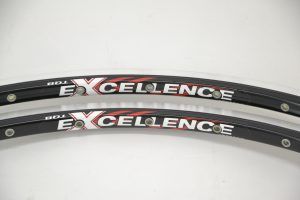